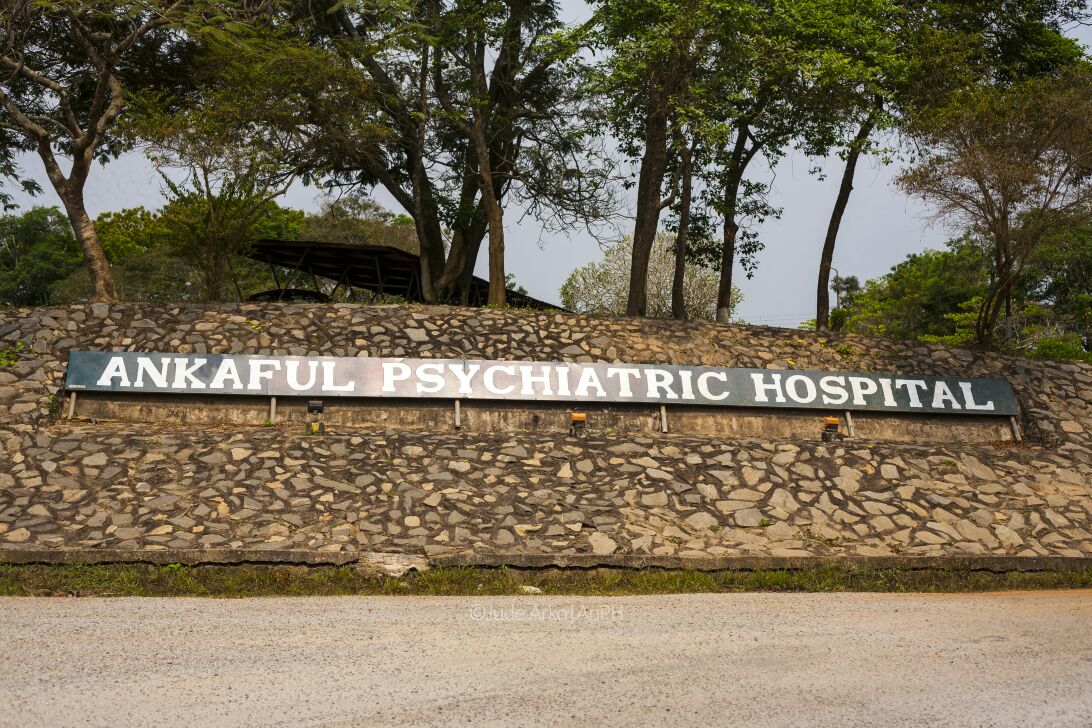 The ‘notoriety’ of the name Ankaful, when mentioned, is enough to hijack someone’s thought to fixate on mental patients before further clarification could release them from such prejudice. The inclination to associate or think of mental illness or psychiatric patients when the town Ankaful is mentioned or vice versa is predominantly attributed to the presence of this huge and beautiful edifice of Nkrumah’s antique located in the land of Ankaful called Ankaful Psychiatric Hospital.

This same town is widely known for housing some of the country’s security prisons, thereby making it more popular than one could imagine. It also has the finest and largest maximum security prison in Ghana to its credit. But Ankaful Psychiatric Hospital arguably seems to have won the marathon of popularity as it is more associated to and readily comes to mind when Ankaful is mentioned than the former. Anytime the name Ankaful is mentioned, ‘mad people’ comes to mind first.

To wit, as Gambaga is to witches camp, Ankaful is to ‘mad people’.

A town known for mental patients and prisoners can even be remembered by a primary pupil when quizzed at anytime. This is so because prisoners are social vices and law-breakers. Mental patients are people suffering from brain infection, chemical imbalance of the brain and an overwhelming psychosocial pressure that weigh them down and alter their behaviour patterns to malfunction in society. These two phenomena in the land of Ankaful are skewed more of bad and sad news than good and perhaps explains the indelibility of the name Ankaful in people’s minds.

Generally speaking, central region and for that matter Cape Coast, and many of its towns are endowed with many historical and attractive monuments that draw tourists all over the world to these sites. Some of these sites include Elmina Castle, the Cape Coast Castle, the Kakum National Park, and many other places including beaches.

Though Ankaful Psychiatric Hospital is not a tourist destination, it is worth visiting the facility on humanitarian grounds. It is said that, to understand life man needs to visit three places; the hospital, the prison, and the cemetery. In the hospital you will understand that nothing is more beauty than health. You will see what people go through each day and appreciate the value of your life and live a positive life.

People are bedridden in hospitals, others can’t make a simple meaningful sentence nor think for themselves because their thinking faculty has been distorted.

Man’s health is his wealth, therefore if you are blessed with a healthy life devoid of illness, count yourself a bless soul but don’t forget that others are battling each day for survival in the hospitals. Remember also that some people are in the psychiatric hospitals too. These people need your help, they need your prayers and support.

Perhaps you might want to visit these historical sites in central region in the near future. Do well to visit Ankaful Psychiatric Hospital as well and share with the patients. Show them love and put smiles on their faces for there is much blessing in giving than receiving.

As the name depicts Ankaful Psychiatric Hospital is a specialised hospital in treating and managing psychiatric patients. That is obvious. The ordinary person will say they treat ‘mad people’. That is also not far from the reality. But apart from treating the ‘mad people’ as is widely known, what other things do you know the hospital does?

Ankaful Psychiatric Hospital is touted as one of Nkrumah’s accomplishments built in 1965. It has seven (7) wards, males and females and like the general hospital, patients are admitted and treated until they are fine or ‘normal’ as the layman will say before they are discharged home back to society to function well. The question as to whether society accepts them back is another topic worth discussion on another day.

Stigma is still rife despite efforts by stakeholders in the sector to eradicate it through education. There is a perennial phenomenon where psychiatric patients go through a lot of humiliations, stereotype and disrespect in our society. Society relegate them to the background and does not include them in decision-making even if they can make meaningful inputs. All this with the misperception that the person has had history of mental illness.

These untoward practices and by extension, inhumane treatments meted out to psychiatric patients can subtly be attributed to public ignorance of mental illness and mental health and our traditional believes. We have been made to believe that even when a mad person is cured of his sickness he still reserves a little madness to scare children. This is the reason why society neglect persons living with mental illness and those treated and reintegrated into society.

It’s about time the public understand that a person treated of mental illness can live a normal life like any other. They can function well if society accept them. Society should not marginalise and stigmatise them for it triggers their condition. Marginalisation and stigma are some of the reasons why psychiatric patients relapse.

Ankaful Psychiatric Hospital has revolutionised from age to date and the status quo of paradigm shift is worth commending. The facility does not only take care of mental patients even though it is a psychiatric hospital. It also attend to general medical cases as well within the region and beyond. It has grown from strength to strength and has incorporated more general services to the general public.

The outpatient department now operates 24/7 and all general medical cases, both detained and outpatient basis are given equal attention as the psychiatric cases. Because of the holistic care rendered to the general public, patients from other hospitals opt to continue treatment at the facility. Unlike some general hospitals that would not hesitate to refer minor psychiatric cases to psychiatric hospitals even if they have emergent medical conditions, Ankaful Psychiatric Hospital receives and treats all general medical cases and rarely refers to other hospitals.

Some of the speciality services now incorporated include epileptic clinic, substance use clinic, diabetic and hypertension clinic and a general medical outpatient department (O.P.D) to take care of non-psychotic cases. These clinics run three times a week.

Tuesdays for epileptic clinic where epilepsy cases and other seizure related cases are seen on outpatient basis.

Wednesdays for substance use disorders and Alcoholic Anonymous meetings.

Special clinics are rarely found even in some general hospitals but this is a psychiatric hospital incorporating general services in full gear and is poised to go higher to serve the general public not only in mental illness.

The hospital also has a maternity unit. You might be thinking if it’s for the staff and the patients, no, it is open to the general public and serves the nearby communities and far.

Beyond taking care of psychiatric patients and the above few revelations, the hospital has many plans in its shield to improving health care delivery to the general public. Beyond what you know about Ankaful Psychiatric Hospital and what you probably been thinking all the while about the facility these are but a few of the new dimensions of the revolutionary era.

If you didn’t know the hospital go this extra mile in health delivery, today you know. You should patronise the facility if you are living in or around Cape Coast and K.E.E.A municipality.

It is a stress free environment and the dedicated nurses are more than accommodating. The nurses and patients relationship are exceptionally good. Having had integrated knowledge in both general and psychiatric nursing, the nurses understand human behaviour and know how to handle clients and their relatives. No discrimination, no preferential treatment. To the psychiatric nurse, every behaviour is meaningful. They will put smiles on your face to relief your problem even before you are seen by the doctor.

If you have a relative, friend or love one being managed for hypertension, diabetes, drug user/addict or epilepsy and is living in Cape Coast and near, advise them to come to Ankaful Psychiatric Hospital for best care and management.

If you are going through stress or you have been facing emotional and psychological problems, Ankaful Psychiatric Hospital is your home of salvation.